Hapres | Home | Information & Guidelines | Editorial Board | About Us

The Founding and Honorary Editor of the journal Crop Breeding, Genetics and Genomics, Professor Longping Yuan (袁隆平) died on 22nd May 2021 in Changsha (People’s Republic of China). We will remember him as the great scientist who produced the first high yielding rice hybrid. As noticed elsewhere, Longping Yuan (Figure 1) succeeded in delivering some of Chinaʼs food needs. Since its launching in the first half of the 1970s, his rice hybrids became grown in a large scale in China. This achievement changed livelihoods by transforming China from a food deficiency country to accomplishing food security about 30 years later. It was, therefore, unsurprising to see crowds saying goodbye to “Grandpa Yuan”, which caused long traffic jams during his funeral.

Professor Longing Yuan was born in Beijing in 1930 and he graduated from Southwest Agricultural College in Chongqing in 1953 with a major in agronomy [1]. After graduation, Longping Yuan began his professional career with a teaching job at an agriculture school in Anjiang, Hunan Province where he spent almost two decades researching heterosis in rice. In 1971, Mr. Yuan moved as research professor to Hunan Academy of Agricultural Sciences. He received an appointment as the founding Director General of the National Hybrid Rice Research and Development Center in 1984 that he kept until his death. Professor Yuan was also member of the Chinese Peopleʼs Political Consultative Conference (CPPCC; 1983–2018), and Vice Chairman of the Hunan Provincial CPCCC Committee (1988–2016). He was married to his former student Deng Ze with whom they had three children: Ding’an, Dingjiang and Dingyang Yuan. 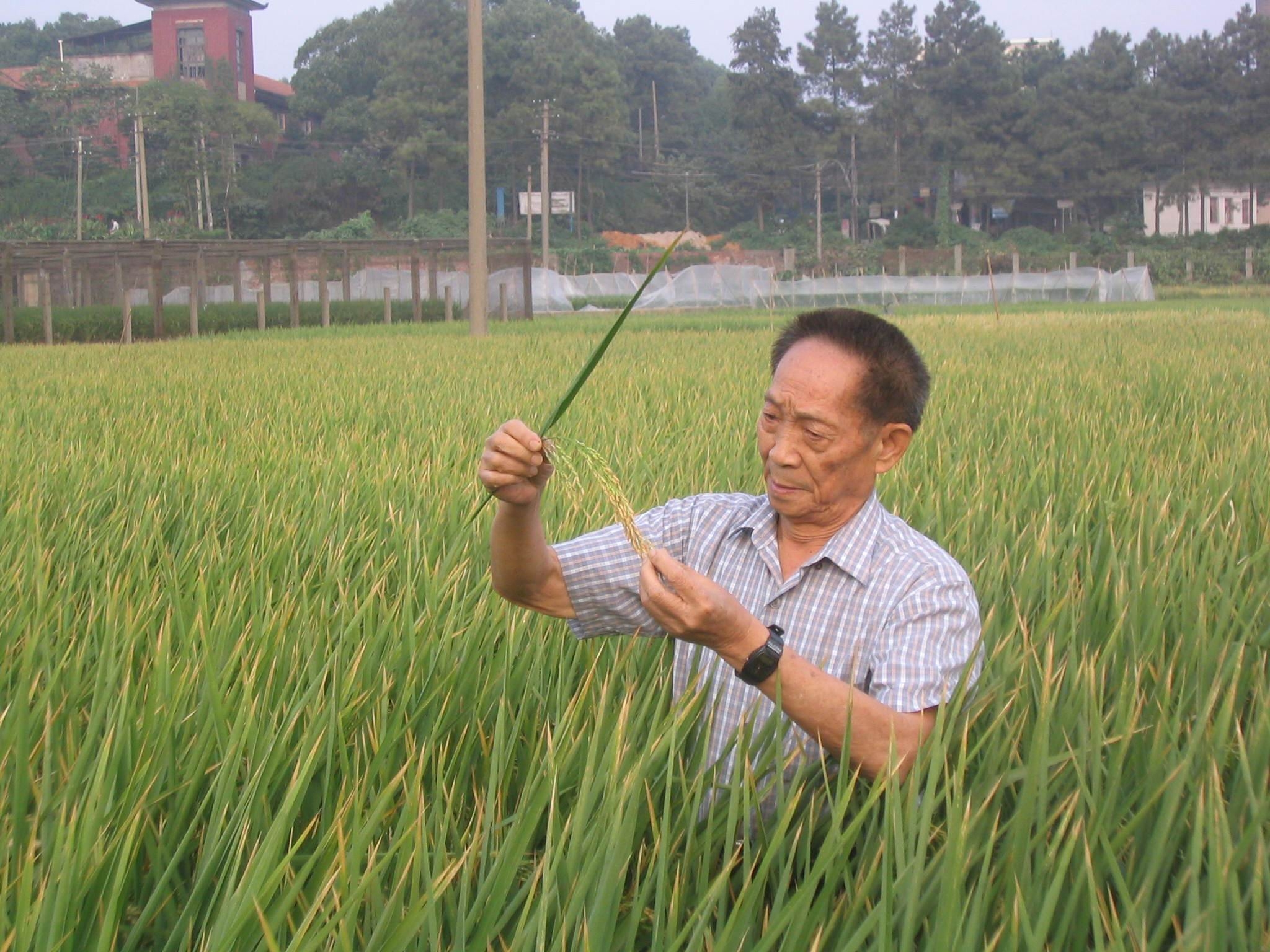 Figure 1. Professor Longping Yuan in the rice field (Provided by the State Key Laboratory of Hybrid Rice with copyright obtained).

ACHIEVEMENTS: “IF YOU WANT MONEY, ASK DENG XIAOPING; IF YOU WANT A BELLY FULL OF RICE, ASK YUAN LONGPING.”

Professor Yuan found a wild-abortive rice in the southern island of Hainan that he used for crossing with rice lines to develop the first genetic tool for hybrid rice production. Rice production rose by 20% over the following decade, thereby feeding an additional 70 million people a year in the People’s Republic of China. According to the state press agency Xinhua, due to the work of Professor Longping Yuan the cumulative rice planting area was above 16 million hectares with a total harvest of 658 million tons of grain in 2018, i.e., about 5-fold above that of 1949. Due to these and other achievements in his professional career (of which about five decades were on hybrid rice), he received about two dozen of national and international awards and prestigious prizes including the first Special-class of National Technological Invention Prize, UNESCO Science Prize, FAO World Food Security and Sustainability Medal, and the 2004 World Food Prize. His science was able to provide food to a fifth of the world's population in a country having less than 9% of the world's arable land. Today 50% of the paddy rice fields are grown with hybrid rice that amount for 60% of the total rice harvest in the People’s Republic of China.

THE SCIENCE BEHIND OF A HUMANITARIAN

Professor Longping Yuan, who participated in the founding of the journal Crop Breeding, Genetics and Genomics, has been broadly acclaimed for discovering the genetic basis of heterosis in rice, which is a self-pollinating crop. Although it was long stated that producing high-yielding and profitable rice hybrids was almost impossible, Professor Yuan’s research (Figure 2) challenged this wrong assumption by releasing in 1974 the first hybrid rice cultivar. As a result, in the following decades, hybrid rice technology spread widely first within China and later on worldwide because most promising hybrid cultivars at least had 20% higher yields than traditional inbred cultivars of this crop. He also bred high-yielding rice cultivars that were able to grow in alkaline paddy fields. Professor Yuan worked until very old age, and towards the end of his successful rice research and breeding career, he participated in developing a low cadmium rice cultivar that reduces on average by 90% its presence in the crop’s grain in areas suffering from this heavy metal contamination. 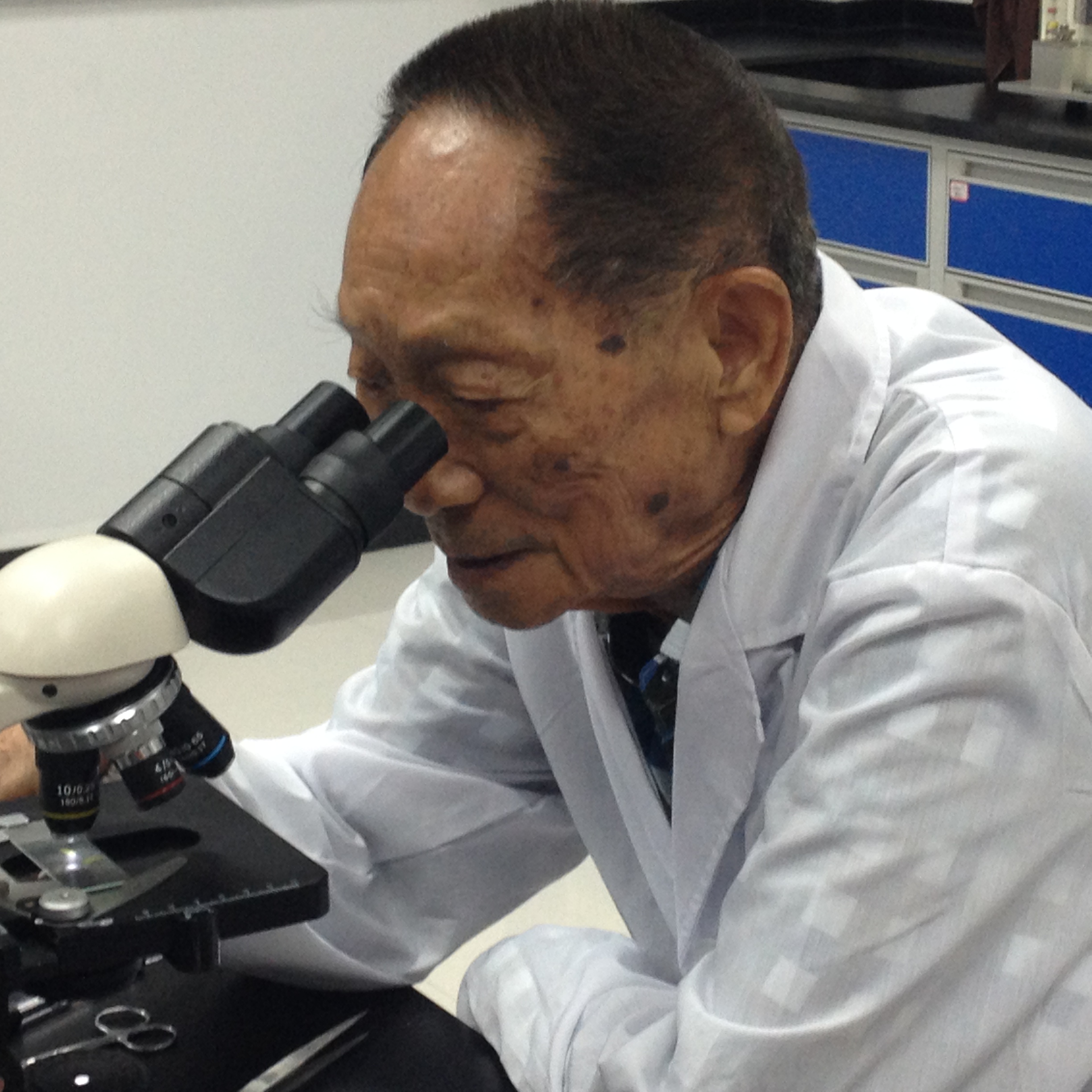 Figure 2. Professor Longping Yuan in the lab (Provided by the State Key Laboratory of Hybrid Rice with copyright obtained).

His ideas about hybridizing rice dated back to the 1960s while breeding this crop. In the mid 1960s, he found a natural variant that was used in hybridization experiments. At that time the main issue was the lack of knowledge on producing hybrid rice seed in large amounts. Hence, Professor Longping Yuan proposed in 1964 a theory based on the hypothesis of using a then unknown naturally-mutated male-sterile strain of rice for producing hybrid seed [2]. Two years later he succeeding by finding such variants, thus showing that his theory was feasible for producing hybrid rice. Although his first experimental rice hybrids did not exhibit an advantage over inbred lines released as newly bred cultivars, he pursued his research focusing on crop wild relatives. A wild rice was found by him in 1970 and he further used it for developing high-yielding hybrid rice, whose grain harvest was 20% above than then popular grown cultivars. Seed production of the rice hybrid ‘Nan-you No. 2’ began in 1976. Professor Longping Yuan wrote his strategic vision on hybrid rice in perspective article for the journal Crop Breeding, Genetics and Genomics [3]. In this publication, he described the three generations of hybrid rice development (three-line system based on cytoplasmic male sterility, two-line system using thermo- or photoperiod-sensitive genic male sterility, and genetically-engineered male sterility), and two further generations that he then envisaged, namely, the development of C4 hybrid rice and fixing heterosis in F1 hybrid rice through apomixis.

Although Professor Longping dedicated most of his worktime in rice fields instead of spending it at a laboratory or drafting publications, throughout his prolific research, he, as the “Father of Hybrid Rice”, was able to publish 70 journal articles and 7 monographs, particularly on hybrid rice technology, including its breeding and farming. He participated in developing large-scale adoption of this technology while serving as chief consultant of the United Nations Food and Agriculture Organization in Egypt, India, Italy, Myanmar and Thailand, where he taught scientists and growers how to cultivate the “new” crop. His hybrid rice technology was brought in 1979 to the USA, in which has been noted as the first transfer of intellectual property rights to another country in the history of the People’s Republic of China. He also donated some of his rice-bred germplasm to the International Rice Research Institute (IRRI) of the CGIAR in 1980. IRRI used his germplasm for developing hybrid rice for the developing world, particularly in the tropics.

Professor Longping was elected to both the Chinese Academy of Engineering in 1995 and as foreign member to the National Academy of Sciences of the United States of America in 2006. His name was given to four asteroids as well as a college in his country, and a minor planet was named after him; i.e., 8117 Yuanlongping. He was selected to carry the torch for a relay segment in 2008 Beijing Olympics. The People’s Republic of China gave him the “Medal of the Republic” on the eve (29th September 2019) of the 70th anniversary of its establishment (1st October 1949). This award acknowledged his great contribution to develop a “super rice” that produced 15 t ha−1 in 2014. The highest honor was a recognition to a researcher who improved food security in the country as well as increased global rice production. Yuan Longping once admitted seeing in the 1960s “heartbreaking scenes of people starving on the road.” The impacts of this painful incident moved him to commit as his life goal that “the rest does not starve.” It was therefore not surprising that he got in 2004 the World Food Prize, which was established in 1986 to reward those who improved the quality and availability of food by the 1970 Nobel Peace Prize laureate Norman Borlaug. As noted by the World Food Prize Foundation President Barbara L. Stinson in her tribute “Professor Yuan contributed enormously to ending world hunger around the globe, and as such was one of our most laudable leaders. Professor Yuan generously made his technology available to the world through an open platform, which greatly contributed to ending hunger. At the time, he was credited not only for the first varieties of hybrid rice, but also for the ability to then shift land out of rice production and into other kinds of food production, including fish ponds, fruits and vegetables, increasing the variety of nutritious food in China.”

The author declares that he has no conflicts of interest.

How to Cite This Article